My 5 year-old son “Sammy” was born with a DSD and went through several surgeries as a toddler. He experienced complications that meant recurrent bladder infections on and off for a year and although he has been infection and surgery free for two years now, I knew that it was important for Sammy’s new Primary school to be made aware of his circumstances. He still sits to wee and takes longer than average to void his bladder. We have learned to spot signs of infection, and know how important it is for him to regularly empty his bladder to avoid potential leaks. He also looks very different from other boys.

Lately, Sammy had been coming home from nursery with stories of classmates peeing in the garden, and to put it politely “displaying” themselves to one another. While I realise it is perfectly normal for children to be inquisitive about their private parts at age 4-5, I am also fiercely protective of my son and concerned about him feeling pressured to join in this behaviour, however innocent it may be. I worry if his differences are observed that he might be subjected- at best- to genuinely curious and inquisitive peers-at worst- to soul-destroying, ridiculing bullies intent on belittling him. I know he has noted his physical differences (after all, he has a younger brother who is 2 and loves nothing more than to ‘discover himself’ in the bathtub) and he understands the importance of his private parts being private. That said- these latest reports from Sammy had me worried more than ever about his move to a new Primary school- about the behaviour, language, opinions and personalities he would encounter, and how he would handle this new uncharted terrain.

While I understand (and must take deep slow breaths at times to accept) there is much that will be beyond my control as he enters Primary school, it became that much more imperative to me to open up a line of communication with the adults who will be entrusted with his care for the majority of the daytime hours. Beyond just the obvious physical information (like that it takes him ages in the bathroom and they should know he really is peeing that whole time and not just dilly dallying) I’d like them to also be aware of these potential social scenarios in order to minimise their likelihood.

With all of this in mind, I decided to take some initiative and pre-emptively met with the Head teacher.

In our meeting, I voiced the above information/concerns and was met with immediate relief thanks to her responsiveness and confident assurances that they would do everything in their power to support my son. It was not lost on me that she quickly brought up an anecdotal story about a previous student who had been transgender, but I politely explained that Sammy has no doubts about his own gender identity. I let her know that he very clearly and strongly identifies as a boy, but that it nevertheless makes me very happy to hear that he would be attending a school that had a historically supportive and inclusive ethos, where bullying is not tolerated. And it does. I’m not bothered by the well-intentioned but misguided conflation of transgender and DSD’s. The reality is that both a transgender child and a child with a DSD will need additional psychological and emotional support systems in place because of how they were born. As parents, we have the power to create the support system that our children need, by clearly communicating these needs to select trusted adults who share in our children’s care. My son is not just another name in the swarm of incoming children to the school. They are aware of his unique circumstances and I can now feel comforted that they will be sensitive to these circumstances. I can rest easy that there should be no misunderstandings or confusion if he is uncomfortable changing in PE, or using a urinal.

A week later, my husband brought Sammy for a tour of the school given personally by the Head teacher. She let him know that she had heard all about him and had spoken with us. She gave him her assurance that if there is ever anything he needs to talk about, all he has to do is put his tree frog on the lily pad outside her office… She explained that she checks the lily pad throughout the day and will seek out the children whose frogs are on the pad for a one-to-one chat… That it is her job to know what’s going on with everyone, and that she’s happy to listen and help with pretty much anything.

I was so impressed that she offered to make time at the end of the busy school year to meet with Sammy and introduce herself. Of course it’s important for my husband and I to know Sammy will be supported, but it’s even more important that Sammy knows he will be supported! It doesn’t hurt that she could also tell him that she’s good pals and former colleagues with his absolute favourite nursery teacher. When I asked him how the visit went he eagerly told me of this serendipitous connection (‘She knows ELAINE!’) which clearly gives her some major points in his book.

I had left my meeting feeling like a weight had been lifted… and then another weight was lifted when I heard Sammy talking about his meeting with the Head teacher, and how he intends to decorate his tree frog. I can now look forward to ordering uniforms, labelling absolutely EVERYTHING (this point was reiterated ad nauseam at the parent meeting) and sharing in Sammy’s excitement about entering this new stage of life. Of course I’m still petrified, but I’m also really hopeful. 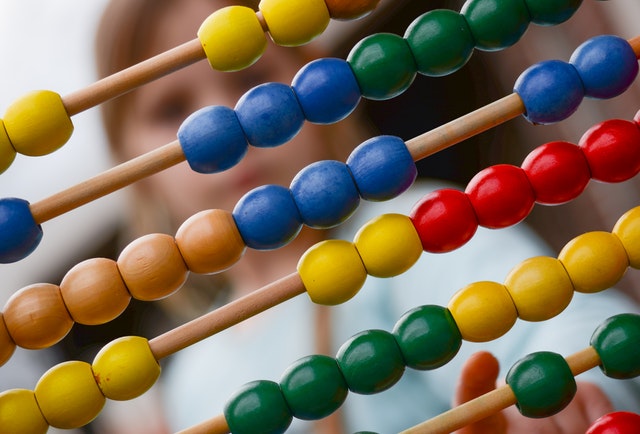